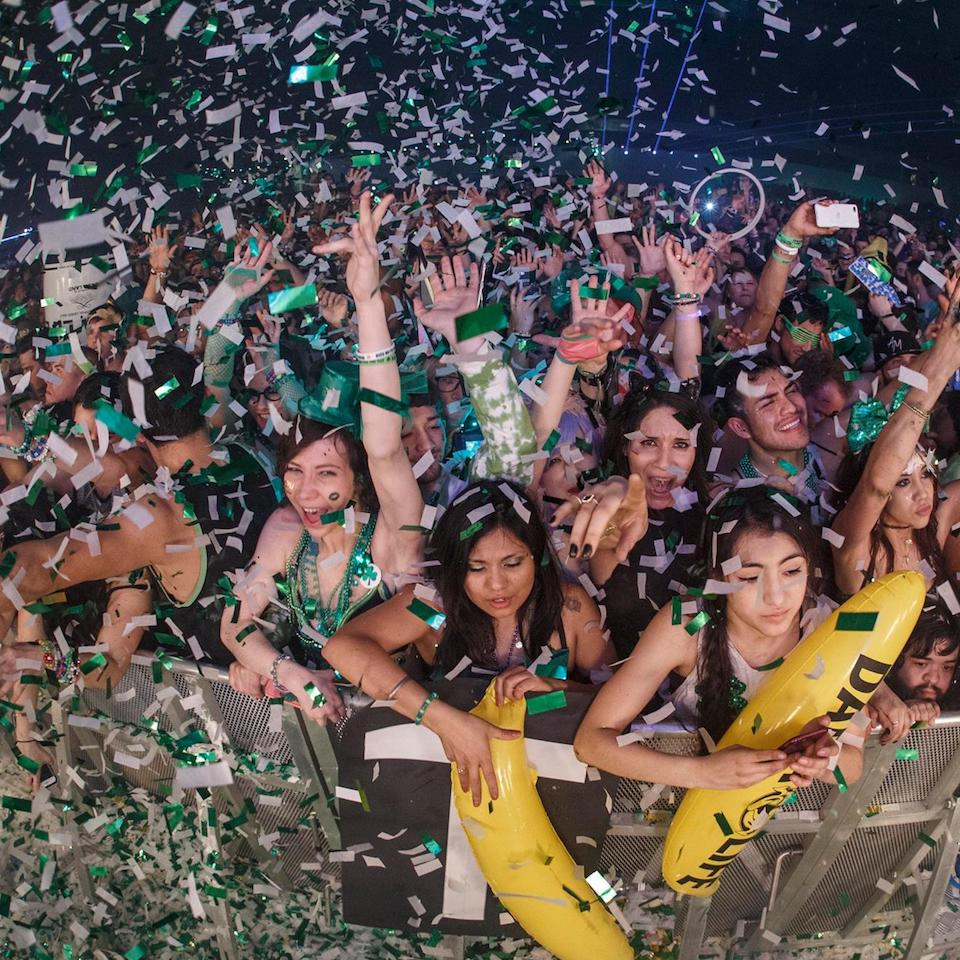 Electronic Dance Music or EDM is a genre that is on the rise and shows no signs of going away anytime soon. Artists like Justin Beiber, Beyonce, and Selena Gomez are using the growth of the EDM genre and collaborating with DJs to make EDM mainstream. EDM is a mix of different styles of music like Disco, trap, and pop music. The unique thing about EDM is its ability to bring people together in different ways that you usually could not before. As a person who does not listen to EDM, I wanted to find out about its appeal, the history and the behind the scenes of one of today’s most popular genres.

How Did EDM Get its Start?

According to The LA Film School, the birth of EDM started in the 1970s. The genre was heavily inspired by Disco, which was a favorite genre during this time. Disco used instruments like the electric guitar and drum machines to create rhythms that people loved to dance to. One of the first hits that had an electronic element is George McCray’s Rock Your Body. This song used both a drum machine and rhythm machines. Over the next couple of decades, many advancements in EDM began to form. Songs like Take on Me by A-ha became mainstream giving EDM and subgenres more credibility. Into the late ’90s and early 2000s, EDM became so popular that dance parties called “raves” began to form. As a person who is not into EDM, I wanted to find out the perspective of someone who listens to EDM and gain their view about the pulse of EDM in Tacoma.

A Conversation with Mikay Ye and Jenny Lam

To understand the world of EDM from someone who has experienced it, I spoke to Mikay Ye & Jenny Lam. Mikay is a freshman at Pierce College and a Tacoma native. He is also an avid raver. After talking to him, I was able to understand what EDM means to a person like him. Jenny is a student at the University of Washington Tacoma majoring in Arts, Media, and Culture. Jenny has also worked behind the scenes of many of the Tacoma Dome’s most popular events like Travis Scott, Michelle Obama and even raves like Lucky. After our conversation, I was able to understand the behind the scenes of the EDM world in Tacoma. Here is a transcript of our discussions.

Quin: How did you get into EDM?

Mikay: I got into EDM because of my dad. He was playing this song at home, and I was very interested and was grooving to the music. Then I found out the genre of that song, and I just kept exploring it and the music just connected with me.

Quin: What is your favorite festival that you’ve been to, and why?

Mikay: My favorite festival was Paradiso when I was 15. I attended Paradiso because my dad worked there for years and years. So when I was 15 or 16, he asked if I wanted to go. At first, I was like “wtf” and just went with it. Ever since that day I went, I started to go every year since that day.

Quin: How would you describe Paradiso and the rave scene in Tacoma?

Mikay: The experience is one of a kind! Awesome music, beautiful people, and fantastic food. It’s hard to explain the experience, but it feels like all stress and life’s worries just disappear. And I smile the whole time and have positive vibes throughout the day.

Quin: Besides Paradiso have you been to other festivals that you believe “holds the pulse” of EDM in Tacoma?

Mikay: Yes, I have. I’ve been to a few festivals and raves, I’ve been to, which is more like a music festival. I’ve also been to Lucky which is a rave that is held at the Tacoma Dome, and also WaMu raves.

Quin: Do you believe EDM is growing in popularity in Tacoma, the PNW and the world?

Mikay: Of course, EDM is popular! In other countries like Belgium and France, they are known for EDM but mostly hardstyle. They host the most significant events in the world, like Tomorrowland, Defcon 1, and many more. I think its growing in Tacoma but not as fast as Seattle as they have a lot more raves throughout the year.

Quin: Do you think the Tacoma Dome is a popular destination for people visiting Tacoma?

Jenny: Yes, the Tacoma Dome is popular among the public, and the only thing people can remember that’s from Tacoma.

Quin: Do you think the Tacoma Dome is more known for its concerts or the EDM scene in Tacoma and what is your favorite types of events to work?

Jenny: I love going to the concerts there, it doesn’t matter if it is country, rock or rap. Being backstage is cool.

Quin: Do you think EDM is growing in Tacoma and especially the Tacoma Dome?

Jenny: I think EDM as a whole is growing. I wouldn’t say that EDM is necessarily growing in Tacoma. They seem to be moving up north more to the Seattle venues. Freak Night and Resolution used to be here at the Dome, and now it is at WaMu. We have only had like 3 or 4 EDM shows since I started working there. Even smaller artists are choosing venues like the Show-box rather than the Tacoma Dome. It’s probably because we just got done with remodels, in the inside at least and the price to rent the venue has gone up a bit.

Talking to both Mikay and Jenny, I was able to understand two different perspectives on the status of EDM in Tacoma. A general consensus though is that Tacoma will need to reconsider how it accommodates the EDM genre before they lose the few shows they have left. This genre isn’t going anywhere, and Tacoma can be the perfect place to be home to this genre if the right accommodations are made.

Quintarious Landry prepared this article as his final project for TARTS 225: Musical History of Tacoma, at the University of Washington, Tacoma. At the time he took the class in Spring Quarter 2019, he was a sophomore majoring in Arts, Media, and Culture.