For her final paper in my Musical History of Tacoma class this past Spring, UW Tacoma student Sunny Cada explored the vital role that music played in helping along the desegregation of the US military, specifically citing the example of musician Meltarrus Washington. 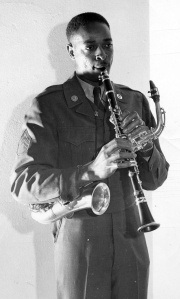 Sergeant Meltarrus “Mel” Washington (1919-2007) came to Fort Lewis in 1944 as the drum major for the 21st Army Band. He was a talented musician who played all reed instruments but specialized in the saxophone. During this time, there was increasing pressure to insure that amenities provided to African American soldiers were equivalent to those offered to white soldiers in the still-segregated military. In Tacoma, Dr. Nettie Asberry was among those leading this push for equal treatment at Fort Lewis.

Dwight Eisenhower visited Fort Lewis in 1947 and recommended the expansion of the black non-commissioned officers club. Washington organized an all-black jazz band to play in the club’s new ballroom. When President Truman signed Executive Order 9981, desegregating the armed forces, Washington seized the opportunity to lead by example, integrating his band with the inclusion of white trumpeter Neil Friel (b. 1930). Friel, a graduate of Tacoma’s Bellarmine High School, was a jazz musician who would go on to record with Woody Herman (1913-1987) and other bandleaders.

Soon after, Washington would also join the formerly all-white 2nd Infantry Division Jazz Band, further integrating musical activities at Fort Lewis. Washington can be seen, third from left, with that group in this photograph from ca. 1949: 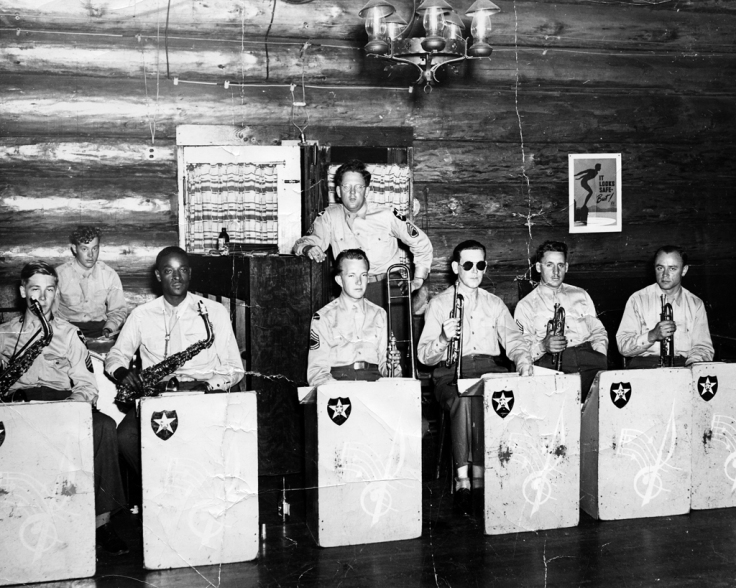 After his military service, Washington would go on to a successful music career, sharing the stage with well-known musicians like Count Basie, Quincy Jones, and Cannonball Adderly. An article about Washington appeared in the News Tribune following his death in 2007, chronicling both his activities as a musician post-war, but also acknowledging his efforts to “patiently chip away at racial prejudice.” 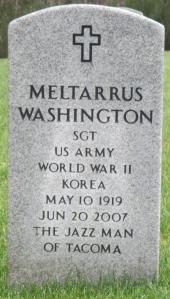